This was going to be a post about Urbit at first; but in the process of discussing about my interest in writing something positive about it, I was warned by a few people that this was a Bad Idea. I was focusing purely on the technical side of it and how closely it implemented a concept called liquid software, but from what people were saying, it seemed like a creation that was spoiled by something outside of it, specifically the creator's political views (of which I had little idea at the time).

As much as I will probably return to the original concept in the future with another post, this feels like something I had to address first.

DISCLAIMER: This post references to projects and people that the mainstream considers controversial. This post is not an approval of these people's views. I am focusing purely on the aspect of how this correlates into how art is perceived, recognized and able to be admired. I realize that the people behind the projects I have cited have said things that if taken seriously at a societal level could hurt me and people like me. That is not the point of this; I am trying to learn how this art works so I can create my own in the future. If this is uncomfortable for you at any point, please close this browser tab and do something else.

This is a surprisingly hard question to answer. Most of the time though, I know art when I see it.

Art doesn't have to follow conventional ideas of what most people think "art" is. Art can be just about anything that you can classify as art. As a conventional example, consider something like the Mona Lisa:

People will accept this as art without much argument. It's a painting, it obviously took a lot of skill and time to create. It is said that Leonardo Da Vinci (the artist of the painting) created it partially as a contribution to the state of the art of oil painting. 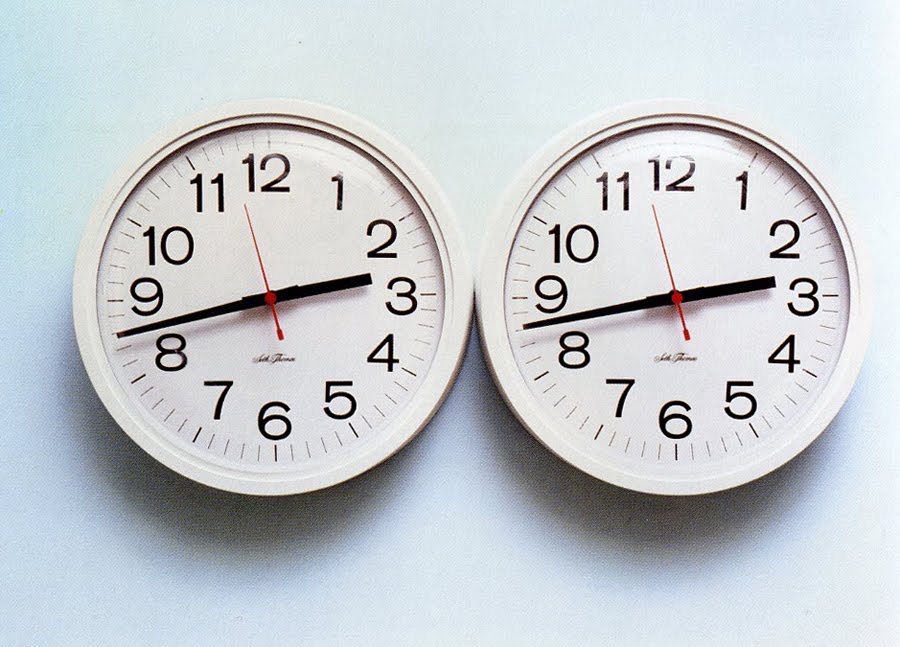 This is Untitled (Perfect Lovers) by Felix Gonzalez. If you just take a look at it without context, it's just two battery-operated clocks on a wall. Where is the expertise and the like that goes into this? This is just the result of someone buying two clocks from the store and putting them somewhere, right?

Let's dig into the description of the piece:

Initially set to the same time, these identical battery-powered clocks will eventually fall out of sync, or may stop entirely. Conceived shortly after Gonzalez-Torres’s partner was diagnosed with AIDS, this work uses everyday objects to track and measure the inevitable flow of time. When one of the clocks stops or breaks, they can both be reset, thereby resuming perfect synchrony. In 1991, Gonzalez-Torres reflected, “Time is something that scares me. . . or used to. This piece I made with the two clocks was the scariest thing I have ever done. I wanted to face it. I wanted those two clocks right in front of me, ticking.”

And after reading that description, it's impossible for me to say this image is not art. Even though it's made up of ordinary objects, the art comes out in the way that the clocks' eventual death relates to the eventual death of the author and their partner.

For there to be "fringes" to the art landscape, there must be an "inside" and "outside" to it. In particular, the "outsider" art usually (but not always) contains elements and themes that are outside of the mainstream. Outsiders are therefore more free to explore ideas, concepts and ways of expression that defy cultural, spiritual or other norms. Logically, every major art style you know and love started as outsider art, before it was cool. Memes are also a form of outsider art, though they are gradually being accepted into the mainstream.

It's very easy to find outsider art if you are looking for it: just fish for some on Twitter, 4chan or Reddit; you'll find plenty of artists there who are placed firmly outside of the mainstream art community.

Computer science is a kind of art. It's the art of turning contextual events into effects and state. It's also the art of creating solutions for problems that could never be solved before. It's also the science of how to connect millions of people across common protocols and abstractions that they don't have to understand in order to use.

This is an art that connects millions and has shaped itself into an industry of its own. This art, like the rest of mainstream art, keeps evolving, growing and changing into something new; into a more ultimate and detailed expression of what it can be, as people explore the ways it can be created and presented. This art is also quite special because it's not very limited by physical objects or expressions in material space. It's an art that can evolve and change with the viewer.

But, since this is an art, there's still an inside and an outside. Things on the inside are generally "safe" for people to admire, use and look at. The inside contains things like Linux, Docker, Kubernetes, Intel, C, Go, PHP, Ruby and other well-known and battle-proven tools.

The outside, however, is where the real innovation happens. The outside is where people can really take a more critical look at what computing is, does or can be. These views can add up into fundamentally different ways of looking at computer science, much like changing a pair of glasses for another changes how you see the world around you.

As an example, consider TempleOS. It's a work of outsider art by Terry Davis (1969-2018, RIP), but it's also a fully functional operating system. It has a custom-built kernel, compiler, toolchain, userland, debugger, games, and documentation system, each integrated into everything else, in ways that could realistically not be done with how mainstream software is commonly developed.

Urbit is another example of this. It's a fundamentally different way of looking at networked computing. Everything in Urbit is seamlessly interlinked with everything else to the point that it can be surprising that a file you are working with actually lives on another computer. It implements software updates as invisible to the user. It allows for the model of liquid software, or updates to a program flowing into user's computers without the users having to care about the updates. Users don't even notice the downtime.

As yet another example, consider Minecraft. As of the writing of this article, it is the video game with the most copies sold in human history. It is an open world block building game where the limits of what you can make are the limits of your imagination. It has been continuously updated, refined and improved from a minimal proof of concept into the game it is today.

Consider this quote that comes into play a lot with outsider art:

Genius and insanity are differentiated only by context. One person's genius is another person's insanity.

These three projects are developed by people whom the mainstream has cast out. Terry Davis' mental health issues and delusions about hearing the voice of God have tainted TempleOS to be that "weird bible OS" to the point where people completely disregard it. Urbit was partially created by a right-wing reactionary (Curtis Yarvin). He has been so ostracized that he cannot publicly talk about his work to the kind of people that would most directly benefit from learning about it. Curtis isn't even involved with Urbit anymore, and his name is still somehow an irrevocable black mark on the entire thing. Minecraft was initially created by Notch, who recently had intro texts mentioning his name removed from the game after he said questionable things about transgender people.

This "irrevocable" black mark has a name: Anathema. It refers to anything that is shunned by the mainstream. Outsiders that create outsider art may or may not be anathema to their respective mainstreams. This turns the art into a taboo, a curse, a stain. People no longer see an anathema as the art it is, but merely the worthless product of someone that society would probably rather forget if it had the chance.

I don't really know how well this sits with me, personally. Outsiders have unique views of the world that can provide ideas that ultimately strengthen us all. Society's role is to disseminate mainstream improvements to large groups, but real development happens at the personal level.

Does one bad apple really spoil the sociological bunch? Why does this happen? Have the political divides gotten so deeply entrenched into society that people really become beyond reproach? Isn't this a recursive trap? How does someone redeem themselves to no longer be an anathema? Is it possible for people who are anathema to redeem themselves? Why or why not? Is there room for forgiveness, or does the original sin doom the sinner eternally, much like it has to Catholicism?

Are the creations of an anathema outsider artist still art? Are they still an artist even though they become unable to share their art with others?

I don't know. These are hard questions. I don't really have much of a conclusion here. I don't want to seem like I'm trying to prescribe a method of thinking here. I'm just sitting on the side and spouting out ideas to inspire people to think for themselves.

I'm just challenging you, the reader, to really think about what/who is and is not an anathema in your day-to-day life. Identify them. Understand where/who they are. Maybe even apply some compassion and attempt to understand their view and how they got there. I'm not saying to put yourself in danger, but just to be mindful of it.

Special thanks to CelestialBoon, Grapz and MoonGoodGryph for proofreading and helping with this post. This would be a very different article without their feedback and input.

This article was posted on M10 21 2019. Facts and circumstances may have changed since publication. Please contact me before jumping to conclusions if something seems wrong or unclear.